National Recruitment Agency (NRA) has become the responsible authority to conduct all the prelim exams for the vacancies released by the central government. The union cabinet chaired by PM has given the nod to the one prelim examination for all the recruitment examination for the central government job. In February 2020, the finance minister Nirmala Sitharaman announced to set up an agency that will conduct CET (Common Entrance Test).

NRT will be an independent body that will examine Railway and other central government departments. The earlier exam conducting body responsible for arranging the recruitment exam for different departments like the Staff Selection Commission, Railway Recruitment Board, Institute of Banking Personnel Selection will work under NRA now.

So technically now the applicants will have to take one common entrance exam. The announcement of NRA will reform the recruitment procedure in the country for central government vacancies. If you are curious to know more about NRA and CET and the changes it will bring to the government recruitment procedure, than scroll down the page to know more.

What Is the National Recruitment Agency (NRA)?

The establishment of this agency is done under the Societies Registration Act, 1860. The central government has high expectations with this agency. The main aim of the setup of a new recruitment agency is to make the complete procedure of offering government jobs easy and transparent.

The NRA will work as a single body, as many other recruitment agencies will be merged into this. PM Modi tweeted about this announcement of NRA. Further, in the article, you will get to know about the NRA in points.

Here we have given some points about the NRA so that you can know about this newly constructed agency quickly.

What is Common Eligibility Test?

Many times in the article, we have mentioned about the CET or Common Eligibility Test. Let’s know about it from the details given here;

Benefits of the National Recruitment Agency

NRA will not only reform the recruitment process for the jobs under the central government, but it will also make it easy for the applicants to get access to the information related to these jobs. Here are the main benefits of the NRA to the government job seekers; 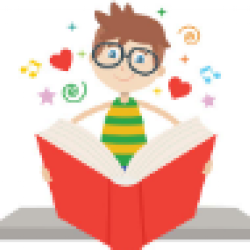