Pradhan Mantri Shramyogi Yojana | PMSYM Scheme 2020: This scheme was announced by the Central government. The PMSYM scheme was announced in February 2019 and launched in 15 February 2019 by the then Finance Minister Piyush Goyal. Other plans such as LIC, EPFO, ESIC runs under this scheme. In this article read about all the important information regarding Pradhan Mantri Shramyogi Yojana , such as who are eligible for the scheme, how to apply for PM Shramyogi Pension, benefits of this scheme etc. प्रधान मंत्री श्रम योगी मानधन योजना

This scheme offers eligible citizens a regular pension once they attains the age of 60 years. Pradhan Mantri Shramyogi Yojna is a pension scheme for the labour class people who are associated with the unorganized sector.

Who is eligible for PMSYM Pension Scheme?

Who is not eligible?

Following individuals are not eligible to get the benefit-

How To apply or register for Pradhan Mantri Shramyogi yojna?

This scheme has been launched particularly for the assistance of workers of unorganized sectors in country. This is a golden opportunity for all the workers of un-organised sector to secure their lives and think for a better and brighter future. To avail this opportunity, eligible people can register themselves under this scheme through online modes. Eligible people can apply for the same step by step. The procedure is mentioned below.

Candidate have to visit the LIC office to get the form/information and to apply for the scheme at the CSC center. VLE will enroll the eligible citizen in the PM-SYM scheme through the digital seva website. Link to mandhan pension yojana registration is provided below. 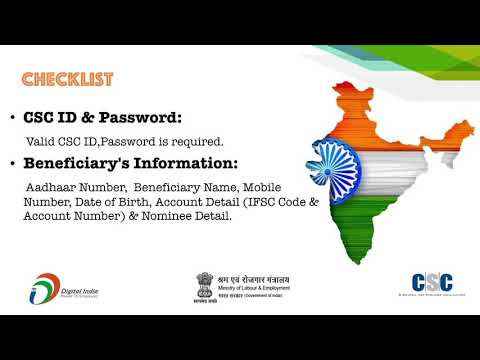 The problem occurs to the labors. Whatever they earn, it is utilized to pay back their loans or debts. Not only this, labors are humans as well. Their bodies too get tired after a certain period. The simple logic, which was prevailing years back was, the harder you work; the better you are paid. What if labour is in the last stages of his life? Would people be giving him money to survive? The answer is “no”. To overcome this problem, the central government of India launched a scheme to make lives of labor class people brighter even if they are not in the state to work anymore.

For any question related to Pradhan Mantri Shramyogi Yojana, you can ask us in the comment box below.