One Nation One Ration Card Yojana scheme launched by PM Modi on 30th June 2020, PM Modi on ‘man ki Baat’ about the implementation of ONORC scheme under which 80 Cr family will be given ration. ‘One nation one ration card’ and PDS system in this country are of great significance as it helps millions of citizens to get their food supplies as per the National Food Security Act (NFSA). To make the PDS system more flexible and accessible for all the beneficiaries, the Government introduced ‘One Nation One Ration’ Yojana’, and by March 2021, this scheme will be implemented in the entire nation for all the beneficiaries.

Update: In a press conference FM Nirmala Sitharaman said that under “One Nation One Ration Card” 28 states and UT’s of the nation have been brought up under the national portability which will benefit around 68.8 crore beneficiary of the nation.

Note: From 30th Nov Andaman and Nicobar have also commenced the ‘One nation one ration’ Card scheme.

One Nation One Ration Card Yojana

Ram Vilas Paswan, the current Union Minister for Consumer Affairs, Food and Public Distribution announced “One Nation One Ration Card” program in January 2020. This scheme has been launched with an aim to provide subsidized ration supplies to all the ration card beneficiaries through the Targeted Public Distribution System (TPDS) on the basis of the same ration card irrespective of their current dwelling place.

This scheme is mainly beneficial for the migrants who travel from one place to another in search of employment or livelihood. After the implementation of this scheme, beneficiaries can avail the benefits across the nation using the same ration card.

As per the present PDS system, an individual in a particular state can only buy the food grains or civil supplies only from the Fair price shop in his/her locality. But after the implementation of One Nation One Ration card system in the country, people will be able to buy ration from any of the FPS across the country.

The government has recently announced that there will be 100% coverage under this scheme by March 2021. Currently, the scheme is in operation in only 17 states/UT as a pilot program for checking the portability of this scheme but from June 1st it will came into effect in the entire country.

One Nation One Ration Card Scheme- An Overview

Have a look at the important feature of ONORC Scheme-

Significance of One Nation One Ration Card

The main objective of this scheme is to provide nation-wide portability to ration card beneficiaries. Apart from this there are various other benefits of this Central Government scheme. Have quick look at all the major benefits of ONORC scheme given as under-

States/ UTs where Scheme is in operation currently

Currently there are total 17 States and Union Territories where this scheme is currently in force. The other states will implement the scheme from 1st June. Check which states have already implemented the scheme-

However, there are 17 states which are following One Nation One Ration card sheme and remaining states are also going to implement it, the number of transactions as per the date available in the IMPDS portal (w.r.t inter-state portability) is low. But when we talk about intra-state it is quite high. So, with this we can conclude that this scheme is quit beneficiary for the migrants and other ration card holders and to make it more successful, the central government have to work effectively in association with the state government.

When was One Nation One Ration Card scheme inaugrated?

It was official inaugurated in August 2019 and was implemented in 12 states in January 2020.

How many states are there, where ONORC scheme has been implemented?

At present there are seventeen states and soon 3 more states will also be on board.

I have Bihar Ration card but currently I am in Madhya Pradesh, can I use my ration card to purchase food grains here?

Yes, it this scheme is being implemented in Madhya Pradesh, therefore, you can use your Bihar ration card in MP.

IMPDS i.e. Integrated Management of Public Distribution System is basically an online portal that holds all the PDS details of all the states where एक देश एक राशन कार्ड योजना ONORS has been implemented.

Hope, the information shared of One Nation One Ration Card was helpful to you. In case you have any issue regarding the same, you can contact us through the comment section below. 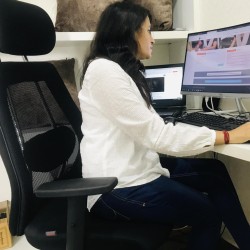 Hello, this is Neelam, a content writer by profession who loves to share information related to education and recruitment for students and job seekers around the globe.