Jagananna Amma Vodi (అమ్మ ఒడి) Apply Application 2020-21: Lakhs of people who belong to BPL (below poverty line) in Andhra Pradesh were eagerly waiting for the scheme “amma vodi scheme” which was proposed by the Jagan Mohan Reddy in their Manifesto before Election. Now After winning the election CM Jagan Mohan Reddy has given a green signal to the “Amma Vodi Scheme and sanctioned an order to implement the scheme from 26th of January 2020 (Republic day). Parents can check their child’s details for 2020-21 session from link given below.

LATEST: The beneficiary list of the candidates for 2020-21 has been released by the State education minister whereas its final list will be out on 30th Dec 2020. As per the reports, 7274674 students have been enrolled from class 1 to 10th.

“Jagananna Amma vodi scheme” was launched in the first Cabinet Meeting which was headed by Chief Minister of YS Jagan Mohan Reddy. This scheme is a part of their election agenda and they introduce this in their manifesto. The main motive of this scheme is to reduce the illiteracy rate in the state. Under this scheme, families who are living below the poverty line can apply and will get 15000/- per annum for their ward.

What is “AMMA VODI SCHEME” and Who Can Avail its Benefit

Andhra Pradesh chief minister YSR Jagan Mohan Reddy has initiated the “Amma Modi Scheme” to empower the education in the state. He introduced this scheme in remembrance of her father “YS Raja Sekhar Reddy’s”. This scheme was in their manifesto as a name of “Navratanalu”

Now all of you want to know why this scheme is so popular in Andhra Pradesh. we are going to tell you about all of this. Under this “amma vodi scheme” the State Government will give Rs.15000/- a year through cheque to the Mother and Guardian who will send their children to school. For this scheme, family must be a native citizen of Andhra Pradesh state.

All mothers or recognized guardians who belong to the BPL family having white Ration Card send their children who are studying between class 1st to class 12th to any recognized institution included Government, private schools and junior colleges, residential schools and colleges in the state which comes under this “amma vodi Scheme”. The main motto of this scheme is to Promote the literacy rate in the state so that not a single child left illiterate.

AP Education Minister while interacting with the media said that the beneficiary list for this session will be available on 16th Dec and if any applicant has any objection with the list can raise their objection till 19th December 2020 and authority will scrutinize the same from 20th to 24th Dec and the final beneficiary list will release on 26th Dec 2020. He also added that the benefit of the scheme will be credited on 9th Jan 2021.

Mothers or guardians who are benefitting from this scheme should ensure that his /her children should maintain 75% attendance. Officials under this scheme at the district level started shortlisting beneficiaries who come under the scheme and most probably the first comprehensive list of beneficiaries who comes under amma vodi will be announced on the 26th December and final list will be out on 30th Dec.

For this the User IDs and Passwords were given to the Principal of Government and Private schools to uploads the details of students in the online portal after checking their attendance. Details required is aadhar number of both student and his mother and mother bank details with IFSC code.

Presently there are 44,400 government colleges are working in the state, and 37.03 lakhs children are studying and gaining education in government schools.

Those beneficiary who satisfy the “amma vodi scheme” can apply for the scheme:

What if you don’t have aadhar or ration card?

If you don’t have a white ration card and aadhar card, then village or ward volunteer will certify you as eligible and after a six-stage filtration process, your details will be forwarded to the Mandal education officer. And this whole process should be completed before 30th November.

Benefits of the scheme

Some Mandatory Documents Required to apply

The government laid down some rules and criteria under the eligibility of this “amma vodi scheme”:

How to apply for “Amma Vodi Scheme”

For this you have to visit the official website of the AP government to download the application form.

Note: Before submitting the form check all the necessary details whether they are correctly filled or not.

How to check child details under amma vodi scheme?

Now it’s been so easy for all the parent whose child registered under the scheme to check details of their child whether their status, payment released or not and many other information. For details you just need to perform few steps which we have given below.

Now on the home page of the portal, you may find a link to search details of your child under amma vodi scheme.

After clicking the same you need to enter aadhaar number.

After submitting the same your child data will be available to you.

Who introduced the “amma vodi scheme”?

This scheme was introduced by YSR Jagan Reddy Chief Minister of Andhra Pradesh.

What’s the scheme about?

What amount will a family get under amma vodi scheme?

How to apply for this?

You can apply for this scheme online or offline through the government portal.

Is there any document required for it!

Is there any attendance criteria in amma vodi scheme?

Yes, children should have 75% attendance in an academic year.

What if a ward discontinues his school in middle of the academic year?

If children discontinue thier school then they will not be part of this amma vodi scheme and will not be granted money.

What if someone doesn’t have aadhar or white ration card?

If you don’t have aadhar or ration card then village or ward volunteer will certify you as eligible and after a six stage filtration process your details will be forwarded to the mandal education officer. And this whole process should be completed before 30th November. 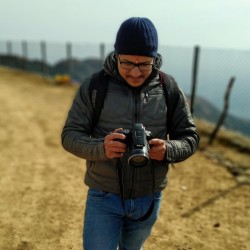