If you are looking for an essay on Swachh Bharat Abhiyan, you have arrived at the right page. Here, we are providing you with two essays based on the word limit. One is a short essay with approximately 400 words and other being the long essay with 1200+ words.

“When there is both inner and outer cleanliness, it approaches Godliness.”

Swachh Bharat Abhiyan, an initiative by our Hon’ble Prime Minister Narendra Modi is an attempt towards a cleaner India. It was launched on the Oct 2nd, 2014 to celebrate 145th birth anniversary of our Father of Nation, Mahatma Gandhi and his ideologies about the cleanliness. It is a nationwide cleanliness drive run under Ministry of Drinking and Sanitation (rural areas) and Ministry of Housing and Urban Affairs (urban areas). The campaign was sighted for five years and believed in accomplishing the proposed plans by Oct 2nd, 2019 which marks the 150th birth anniversary of Mahatma Gandhi.

The main objective of Swachh Bharat Abhiyan is to aware the citizens of the country about their utmost priority and responsibility towards cleanliness in the nearby surroundings and the spread of filth and infectious parasites. The campaign primarily focuses on eradicating the unhealthy practices of open defecation and provide basic sanitation facilities by constructing toilets, solid-liquid waste disposal systems, supplying clean drinking water, etc. It aims at covering around 4041 statutory towns and cities across the country for cleaner streets, roads, towns and infrastructure.

PM Modi assures that this mission is to awake a sense of patriotism among the people and is not any political agenda. He encouraged people to work together as a team and dedicate 100 hours per year for the mission as it can’t be fulfilled by one person or government alone. On the contrary, it is the sole duty and responsibility for each and every citizen of India to keep the country clean and green.

The total cost of the project is estimated to be Rs. 62,009 crore for the duration of five years. Out of the whole estimated budget, Rs. 14,623 crore has been funded by the central government. World Bank also provided some financial assistance for the successful implementation of the campaign.

The success of the mission resulted in reduced death & lethal diseases rates and the annual benefits of Rs. 50,000 per household in rural areas. Clean India attracted many tourists worldwide and ultimately enhanced the GDP and economy of the nation with an increase in the number of employment sources.

Swachh Bharat Abhiyan is a great accomplishment and proved out to a one of a kind projects in the history of India. We must carry forward the practices of cleanliness with the same enthusiasm and zeal and help each other by keeping our Mother India clean and beautiful.

“Cleanliness is next to Godliness”

Swachh Bharat Abhiyan, also known as Clean India Mission was launched on Oct 2nd, 2014 by our Hon’ble Prime Minister, Narendra Modi. The mission was initiated by keeping in mind the vision of Clean India by the Father of Nation, Mahatma Gandhi and India of his dreams. The campaign was sighted for five years and believed in accomplishing the proposed plans by Oct 2nd, 2019 which marks the 150th birth anniversary of Gandhiji. PM Modi inaugurated the mission by himself sweeping the road of Rajghat, New Delhi.

Health is wealth is the motive behind the drive. Lakhs of people suffer from malignant diseases caused due to improper sanitation and hygiene. The campaign primarily focuses on eradicating the unhealthy practices of open defecation and provide basic sanitation facilities by constructing toilets, solid-liquid waste disposal systems, supplying clean drinking water, etc. It aims at covering around 4041 statutory towns and cities across the country for cleaner streets, roads, towns and public infrastructure. The mission asked to devote 100 hours annually towards the cleanliness drive.

Swachh Bharat Abhiyan is a reminder for the citizens of the nation to respect nature and do not stain its beauty. Also, it is the sole duty of each and every citizen to keep the surroundings clean and green. Alone we can only think, together we can bring the change. It is the collective effort that counts in the end. Cursing the government every time and not doing anything for the same will not yield any results. The mission must be a combined endeavour of the people and its government.

PM Narendra Modi received the Global Goalkeeper award from Gates Foundation for his efforts towards Swachh Bharat Abhiyan to make India a cleaner country. He was presented with the award on 25th Sept 2019 in New York.

Mahatma Gandhi believed that Sanitation is more important than independence. A mission like Swachh Bharat Abhiyan was the need of the hour if we look back at the situation in 2014. It was becoming very crucial to maintain right cleanliness, proper sanitation and hygienic surroundings. Young children were prone to suffer from diseases like diarrhoea, cholera, etc. due to poor hygiene and malnutrition. Consequently, 1000 children a day die of diarrhoeal deaths. A UN report said almost 60% of people in India practise open defecation and inclined towards the poor health and lethal diseases.

According to a World Bank report, 6.4% of GDP is declining annually in India due to poor health conditions of people. During the launch of the event, PM Modi underlined how the mission could be an economic activity, the growth of GDP rates, fewer healthcare costs, and sources of employment.

Ganga river is one of the most substantial sources of water in North India. The water of the river is considered to be unsafe for bathing as it contains 120 times the amount of permitted faecal coliform bacteria. The reason being the open defecation of excreta.

India bears the cost of 600,000 lives every year due to poor hygiene and sanitation facilities. Also, 1/3rd of the nation’s women population is exposed to the risk of rapes and sexual assault due to lack of toilets.

PM Modi in the pursuit of fulfilling the dream of Mahatma Gandhi of a cleaner India launched the Swachh Bharat Abhiyan with great zeal and high spirits. The government aimed at accomplishing the following objectives by the 150th birth anniversary of Gandhiji i.e. 2nd October 2019.

The aforementioned objectives of the mission will ensure the good health of the people. It will also lower the rates of pollution and assurance of cleaner air, water, parks, roads and homes.

An online portal called Swachh Bharat has been launched. It encourages people to participate in Swachhta related activities and facilitate them accordingly. The Department of Drinking Water and Sanitation also launched an app named SwachhApp that monitors the improvement in sanitation coverage in rural areas. With the help of this app, anyone can view the number of toilets constructed in a particular area.

The eligible beneficiaries in rural areas who were constructing private household toilets on their own were awarded Rs. 12,000 as an incentive, which also included the water storage provisions.

The government also certified cities as ODF+ or ODF++ those have maintained proper sanitation and water supply.

The total cost of the project was estimated to be Rs. 62,009 crores, out of which the central government provides the assistance of Rs. 14,623 crore. A total amount of Rs. 11,300 crore was allocated for the project in the 2016-17 Union budget, out of which Rs. 9,000 crore was for the rural areas and Rs. 2,300 crore for the urban parts of the country. The government also collected 0.5% additional tax as Swachh Bharat cess on various goods and services. An amount of Rs. 9,851.41 crore was added to the budget from the tax.

Swachh Bharat Abhiyan also sought help from the World Bank. It approved a loan of amount US $1.5 billion to support the campaign in 2015.

Swachh Bharat Abhiyan is an ambitious battle. India has failed terribly whenever it came to cleanliness. Since the launch of the campaign, there have been major positive impacts on healthcare, tourism, employment, environment and economy.

Clean India attracted many tourists worldwide. Tourism industry alone produces around 6.6% of the total Indian GDP. A boost in the employment sources is observed. Poor hygiene & cleanliness contributed to poor health. With this cleanliness drive, the health of the people improved and there is a deduction in the death rates since then. Annually. Rs. 6,500 are saved per household because of better health. It also lowered the pollution rates. The garbage is now separated as biodegradable and non-biodegrade waste and is treated accordingly.

Under the Ministry of Housing and Urban Affairs, more than 62 lacs toilets were constructed and 4,340 cities were declared Open Defecation Free (ODF).

Swachh Bharat Mission Grameen also produced fruitful results and more than 10 crore household toilets were built. Also, more than 6 lacs villages were declared ODF. The household toilet coverage reached the perfect score of 100% as on Oct 2, 2019 which started from 38.70% in 2014.

Each year, Swachh Survekshan conducts a Swachhta survey to monitor the progress of the mission and facilitate cities and people for their outstanding determination towards cleanliness.

Gandhiji rightly said, “Be the change you want to see in the world”. Swachh Bharat Abhiyan is a great accomplishment and proved out to a one of a kind projects in the history of India. We must take the pledge to not to litter and throw garbage on roadside. We must carry forward the practices of cleanliness with the same enthusiasm and zeal and help each other by keeping our Mother India clean and beautiful.

What is Swachh Bharat Abhiyan?

Swachh Bharat Abhiyan is a cleanliness drive run across the country for proper sanitation coverage and solid waste management treatment.

What is the tagline of Swachh Bharat Abhiyan?

When was Swachh Bharat Abhiyan launched?

When will the SBM end?

Which is the cleanest city of India 2020?

According to Swachh Survekshan 2020, the cleanest city is Indore, Madhya Pradesh.

Which is the filthiest city of India 2020?

According to Swachh Survekshan 2020, the filthiest city is Gonda, Uttar Pradesh.

What is the main objective of SBM?

The main objective of the SBM is to completely eradicate the open defecation practices and provide proper sanitation facilities to the people.

What are the benefits of SBM?

Some of the benefits of SBM are deduction in healthcare costs, more sources of employment, increase in GDP, etc.

What do you mean by ODF+ and ODF++ statuses?

ODF+ and ODF++ are the distinctions certified by the government to those ODF cities which have maintained the proper sanitation and water supply in their localities.

Yes. The government as well as the citizens enthusiastically participated in the campaign and there has been deduction in healthcare costs and death rates.

What can I do to contribute towards the initiative of Swachh Bharat Abhiyan?

Do not litter on roadside, spread awareness about the ill-effects of dirty surroundings, lessen the use of plastics, follow the motto of reduce, recycle and reuse, create less pollution, etc. 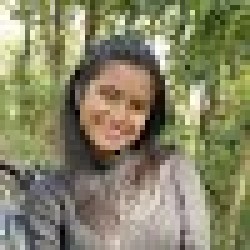 Astha Raj is a Chemistry graduate working as a Content Writer. She is an IAYP bronze medalist. She currently lives in Dehradun and loves to travel and explore. She believes that one's only competition is with oneself and must always try to outdo themselves.