Environmental Pollution causes harm to the ecosystem, biodiversity, and also a human being. It can be a human-made or natural type of pollution, which either be created by human activities which might be intentionally or unintentionally, or the natural pollution can be created natural catastrophes like a flood, drought, earthquakes, etc. The main reason for this uncontrollable Environmental pollution is deforestation, because of the industrial waste, increase of air pollution which depletes the ozone layer of the atmosphere.

To spread awareness towards Environmental Pollution, the government every year celebrated World Environmental Day on 5th June. The word environment comes from the word “Environia” which implies “surround” the thing which surrounds us whether it is abiotic or biotic substances, surround by all the natural forces.

“The environment is where we all meet; where we all have a mutual interest; it is the one thing all of us share.”
-Lady Bird Johnson

What is Environmental Pollution?

There is a famous phrase by Ladybird Johnson, “ The Environment is where we all meet; where we all have a mutual interest; it is the one thing all of us share.” Environmental pollution is intentionally or unintentionally created through human activities or it can also get polluted by natural calamities as well and these natural disasters are the result of the destruction of the environment because of human actions. To raise issues against Environmental pollution, in 1974 Stockholm started to celebrate Environment Day at the conference of the Human Environment on 5th June every year and the theme of the World Environment Day is “Only One Earth.”

According to the world counts data of 2011 and 2015 around 20 million of the forest was cut down, but from the year 2016, the rate of cutting trees raises by 8+ million more. When we see the data of 2001 to 2008, globally around 36 lakh and 10 thousand sq. km trees lost and from that India lost larger than that in the year 2000. So these all are the wake calls for all of us, and we all have to take responsibility. This Earth is ours and all of us make an Effort to save it!

What is Environmental Pollution?

Environment pollution is the result of the homo sapiens miserable activities, for making their lifestyle simple and full of comfort. What do you think? Deforestation is the destruction or the reconstruction of the living style? If you see the world counts data, the falling of forest is increased by 8 million from the previous data.

Do you ever think, how much it harms the environment? We all want to live with comfort, and that’s not the problem but to achieve that life indirectly we all harm our environment which not only affects the climate but also destruct biodiversity.

What are the types of Environmental Pollution?

Air pollution is caused by noxious Substances like Radioactive pollutants, Carbon dioxide, Volatile organic compounds, Sulphur dioxide, Carbon monoxide, and much more gases like this, which causes destruction of the atmosphere and leads to the depletion of the ozone layer and moreover the drastic changes in the climate.

What is Cause/Sources of Air Pollution?

Have you ever heard or feel that there is suffocation in the environment when you breathe especially when you are in a metro city for example Delhi, where air quality is low, except this covid-19 where the whole world is using a mask, but it is quite usual in Delhi or many other states. Some of the reason for this degradation of air are given below: –

What is Cause/Sources Thermal Pollution?

According to the report around 80 percent of water pollution comes from the agriculture field because of harmful chemical fertilizers used by farmers for their crops yielding and every year many of the aquatic animals either lost their life or migrate to other places. There is some reason which causes Thermal Pollution:

Water pollution can be caused by plastic or any solid waste simply throw into the water, by spilling of oil tank, sewage waste, etc. Many of the farmers used chemical fertilizers to grow crops rapidly, however, it causes soil contamination and makes the underground water polluted, which many drinks in their daily life. Today what we are eating and drinking will decide how much healthy we are. We need to spread awareness against water pollution and save water. There are few reasons which cause water pollution is as follows:

What is Cause/Sources Water Pollution?

Water is the essential source of living, we cannot imagine to spent our livelihood without water, so why we all are so careless to conserve water, the abundance of water is more on Earth, but from that only 3 percent is there which we can drink, and according to the research soon we lost the God’s gift.

Soil pollution degrades the quality of land or induces impairment to agriculture that’s why it is also known to be Land or Agriculture pollution respectively. The reason behind the soil pollution is chemical fertilizers and pesticides used by farmers to increase the production of the crop and protect it from insects, which slowly leads to the barren land and then no more crop will grow in that land.

What is Cause/Sources Soil Pollution?

As the above mention pollution, are correlated with Soil pollution, if you polluted the land where you live, from where you eat and drink, it directly harms the environment as well as human beings and animals.

Do you know many of the animals died because of eating such poisonous crops, many aquatic animals lost their lives and some of them get extinct or on the verge of endangered species.

How to Overcome the Environmental Pollution?

Even though the government is also well aware of the consequences of the destruction of the Environment, if we harm the environment it will come to all of us and we all have to suffer from that consequences.

Every year, environment gives us warning in many ways through their natural calamities and recently you all heard news about Kerala flood due to which about 80 percent of the state land drowned into that flood, just like you heard about many cyclones, storms, earthquakes, avalanches, etc.

This Earth is Ours, We all are sharing it equally, So we have to take the liability. The government can only run the mission or movement but it is our duly responsibility to obey and help the government. Here is the famous phrase by John Paul:

“The Earth will not continue to offer its harvest, except with faithful stewardship. We cannot say we love the land and then take steps to destroy it for use by future generations.”
—John Paul II

Ways to Control the Environment by applying these habits in your daily life.

What are the steps taken by the Government to control Environmental pollution?

There are some of the missions run by the government to protect the environment:

This mission is started by Prime Minister Shri Narendra Modi in 2019 on the 150th birth anniversary of the Father of the Nation Mahatma Gandhi. Under this National Movement of clean India, he carried out this mission to the whole India and starts this mission by cleaning the Varanasi river The Ganges. And this mission is still going on and the main vision of this movement is people get aware, that they are also the reason to pollute the water bodies of the Earth.

This mission is based on the 3R’s which are as: Reduce, Reuse, Recycle, the main vision to start this movement is save environment from Land pollution, Water pollution, Air pollution, Thermal pollution, etc. According to the study of waste management, there are five types of dustbins: Black, Blue, Green, Red, Yellow, and White. According to its color, we need to throw waste accordingly, so it will be easy to recognize What to reduce? What to Reuse? What to Recycle?

People who give contribute to save environment

Here some of the real-life heroes who are making an effort to save the environment and set an example to stand up for what is worthy!

Movements Imply by the People to Save Environment

Here some of the movement raised by our Heroes to Save the Environment, Save the Earth

You can find more Short/ long Essay given below

What is Environmental pollution?

Environmental Pollution is can be a man-made or natural type of pollution, which either be created by human activities which might be intentionally or unintentionally, or the natural pollution can be created natural catastrophes like a flood, drought, earthquakes, etc.

How pollution can cause harm to the environment?

The pollution not only harm the environment but the our health as well. All the disease which exit today somewhere it the result of the destruction of the environment.

How environmental pollution can be prevented?

We all can prevent pollution, by becoming a responsible citizen. because this is our and we all have to take steps to save it, it is not the responsibility of the individual person.

What are the mission starts by government to Save Environment?

The main mission which starts by government are Swachh Bharat Abhiyan, Reduce-Reuse-Recycle, etc.

What are the various movement run by the people to Save Environment?

Who are the people involve the various movement to Save Environment?

What is the water pollution?

Water pollution can be caused by plastic or any solid waste simply throw into the water, by spilling of oil tank, sewage waste, etc. Many of the farmers used chemical fertilizers to grow crops rapidly, however, it causes soil contamination and makes the underground water polluted, which many drink in their daily life.

What is agricultural pollution?

Soil/Agricultural pollution is chemical fertilizers and pesticides used by farmers to protect or grow more crops leads the land barren and after that, no more crop will grow in that land.

What is thermal pollution?

What is air pollution?

Air pollution is caused by noxious Substances like Radioactive pollutants, Carbon dioxide, Volatile organic compounds, Sulphur dioxide, Carbon monoxide, and much more gases like this, which causes destruction of the atmosphere and leads to the depletion of the ozone layer and moreover the drastic changes in the climate. 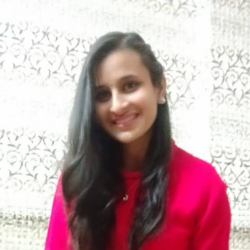 I started my career at Medanta as a Clinical Pharmacist and Patient Care Executive in Max Hospital. Beside the career in a hospital, also interested in writing, which comes as a good vision in my life, writing is the voice that is heard by many people, there are lots of things to learn from it.