Latest News: Admit card for most of the regions has released by officials. Higher authorities have also announced the examination date for Tier 2 SSC CHSL i.e 14th Feb 2021.

Now, SSC has announced the examination dates for tier 2nd (Check the date below). If you also have applied for SSC CHSL exam then you will get the direct link to download the SSC CHSL 2020 admit card on the region-wise official website or we have also uploaded the region-wise direct links to hall ticket.

It is must for all the SSC CHSL exam applicants to carry their admit cards to appear in the exam. No candidates will be allowed in the exam centre without admit card of SCC CHSL 2019-20 exam. As mentioned in the notification that SSC releases the admit card for Tier II about 3-7 days before the commencement of the examination. For four regions, admit card has uploaded, candidates will get hall ticket for rest of the region soon.

As we stated above that for four regions hall ticket has announced and admit card for the rest of the region will be available soon on official portal. Candidates can expect that the admit card to be released on the 1st week of Feb 2021 for SSC CHSL Tier-II written exam. Exam date for the SSC CHSL tier is 14th Feb 2021.

As of now, officials have released the examination dates for SSC CHSL Tier II 2020, so from that we can expect that the rest of admit card will be soon available for the applicants on the official website of SSC.

Here in the section of important links, we have mentioned all the essential links of SSC CHSL 2020 exam. All the information related to SSC CHSL Exam and admit card are just a click away from you. Officials have published the admit card for North Eastern region candidates.

As the exam conducting authority, Staff selection commission releases region-wise admit card for CHSL 2020 exam, so the links will land you to the official web page of Staff Selection Commission for your region. As admit cards for SSC CHSL exam has announced by the SSC, we have also updated all the links for your feasibility.

SSC CHSL has uploaded the admit cards on its website region-wise for one region i.e. North Eastern. To download the admit card to get the right to sit in SSC CHSL Tier –I exam you will have to follow the below mentioned steps. Read them carefully and make a note of them to download your admit card.

If you are not able to download the SSC CHSL 2019-20 admit card then you can contact to concerned Regional/Sub Regional Office with proof of Application Form Submission.

Read your admit card details carefully after downloading it. If you find any printing mistake or error in your admit card then contact to Regional/Sub Regional Office with the aforementioned proofs and your Id Proof.

As we have mentioned above that your SSC CHSL hall ticket is a mandatory document that you will have to carry to the exam centre to appear in the exam of Combined Higher Secondary Level conducted by SSC. But along with your admit card, you would need to carry following documents for your identification in the SSC CHSL exam centre.

How to Get SSC CHSL Admit Card Without of Registration No.

The process to recover the registration id and roll number of SSC CHSL exam is easy but it would be better to keep a copy of application form with you to save you from all these issues.

Staff Selection Commission has been the most preferred choice for government jobs in India. Every year SSC releases thousands of vacancy to recruit the right candidate for the different departments of the government of India. Combined Higher Secondary Level is one of the exams that SSC Conducts every year. This exam is more popular in its short form of SSC CHSL. This exam is conducted to recruit the right candidate on following posts under the government of India;

Earlier, SSC has invited the notification for the eligible candidates for the post whose online application submission has tarted from 3rd of December 2019 to 10th January 2020.

We have given all the details associated with SSC CHSL Admit card and exam 2019-2020 here with the important links to download the admit cards. If you face any issues in downloading the card then you can write or contact the Regional/Sub Regional Office to get the solution to your problem. Or mention it below in comment section. 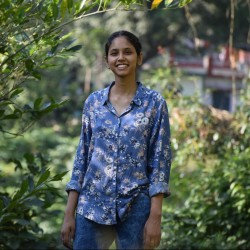